The Things We Don't Think About 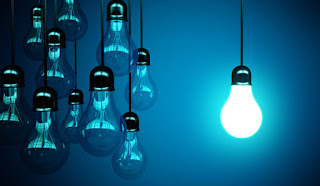 The price of convenience

The light in the bathroom doesn't work. The overhead bulb needs to be replaced but it's not as easy as screwing a light bulb.  The bulb it needs is a tube about three feet long and we don't have one on hand, so that means a trip to someplace like Home Depot.  On top of that, none of us is tall enough to reach it, so now we need a step ladder.  The time and expense costs needed to fix this light are adding up.  Fortunately, we have another bathroom to use in the meantime.

Even though I know to use the other bathroom, I walk into the "out of service" one out of habit several times a day.  Each time I mindlessly flip the switch on the wall and experience a moment of confusion when the light doesn't come on.  Sometimes I flip the switch two or three times before I remember.

It's a small inconvenience to be sure, but it started me thinking this morning, what other conveniences are we so used to having that we don't even think about them?  How dependent have we become on things that started out as nice-to-haves but have now become must-haves? What would happen if we suddenly didn't have them anymore? 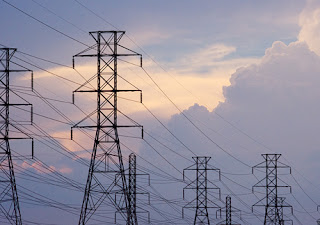 We live in a plugged-in world.  My personal wake-up call to how dependent I am on electricity came from a two-week blackout.  I learned that I was very dependent on electricity to do even the most basic things and that made my family and I very vulnerable to the frailties of the grid.

Until recently, I never gave much thought to our power grid.  In my mind, it was such an important part of our society that I assumed it would, of course, be in top condition at all times.  After living in the dark for a couple of weeks and deciding to be better prepared in the future, I wanted to know for certain that what I assumed was actually correct.  Turns out, it couldn't have been further from the truth.

The entire system is almost 100 years old, It's not really one grid but several independent ones that buy and sell electricity amongst themselves.  The whole system is run by enormous transformers that take about a year to build (overseas, we don't build them here), cost millions of dollars, and each system uses a unique transformer so if one goes out, it can't borrow one from another area...that's assuming there's a spare one just sitting around.  According to energy.gov, these things weigh between 100 and 400 tons each!.   They can only be transported by special railway cars and in many cases, the transformers we use now were installed so long ago, the rail line to the building doesn't even exist anymore.

I learned that the grid actually fails frequently. Some of the failures make headlines, like the one where a tree branch in Ohio caused a massive outage that affected millions of people on the East coast and Canada, but most of the time, the computer systems that control what power to send to what area catch the failure and re-route power from another sector and the most we experience is just a flicker.

The power grid has also become a target.

Syria, Ukraine, and Israel have all experienced serious outages due to hacking of their grids.  In the United States, thousands of computers that run the power stations have hacked and infected with a virus known as Dragon Fly.  No one knows for sure what Dragon Fly is programmed to do and no one has been able to remove it.  So we sit, vulnerable, until someone flips a switch and leaves us all in the dark.  The list of things that go away when the power goes out is sobering.  What would you lose? 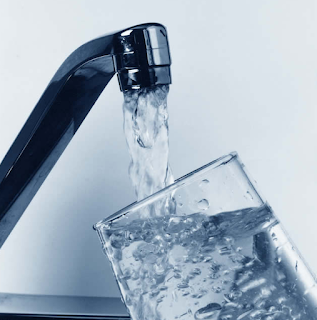 Turning on a faucet and having water come out of it has been a reality for almost 200 years.  Most of us get our water from a city water system and don't think much about where it comes from or where it goes.  We take clean water on-demand for granted and that makes us very vulnerable to things like flooding that can make it unfit to drink, droughts which dry up water sources, or physical damage, like broken water lines, which interrupt the flow of the water.  Loss of electrical power can also leave the taps dry if it stops the pumps that supply them.

Water is high on the list of survival essentials, right after air to breathe and protection from the cold, we can only live three days without it.  Having a disaster-proof source of clean water, or a way to purify unclean water should be high on every one's readiness list.

Even if your water is clean by EPA standards and considered fit to drink, there may be things in it you don't want to put in your body.  Many people don't want to drink fluoridated water, but their municipal water contains it, some areas have high levels of naturally-occurring arsenic, some people just don't like the taste of their tap water.  Having a water purification system can save you money that you would spend on bottled water.  The one I use and recommend is the Berkey which comes with an option fluoride filter.  It's a bit of an expense, about $300 for the Big Berkey with four filters, but I'm not spending money on bottled water (and contributing to the damage to the environment) and I know that if my tap water was suddenly unsafe for any reason, I have a way to purify it. 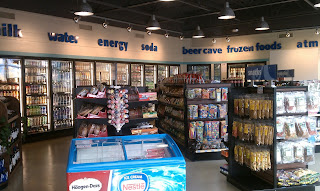 I admit it, I'm a stockpiler,  I come from a long line of stockpilers.  Growing up, my parents had a food storage that included canned,frozen and dehydrated foods, enough to last us for months.  There was always at least half a beef in the freezer at all times and when my mom found frozen pot pies on sale for 29 cents each, she bought out the entire supply.  We ate pot pies the way kids today eat Top Ramen.

My grandmother was a young wife and mother during the Depression and never forgot the importance of being thrifty.  She wasted nothing in her cooking.  She taught me that potato peels could be planted to grow new potatoes and that I could get at least three meals from "a nickel's worth" of peas (in case you're wondering, I'm not sure how many peas a nickel bought in those days).  The first night she shelled the peas and served them with a bit of ham and cornbread, the second meal was creamed peas and new potatoes and the third meal was pea soup made by boiling the pea pods. She washed and re-used tin foil and sandwich bags and she washed and saved the Styrofoam trays from meat and used them for plates when we had picnics. She opened presents like someone diffusing a bomb so it didn't tear, then she would carefully smooth and fold the paper to reuse it at a later time.  I guess stockpiling and saving is in my DNA.

My husband, on the other hand, is a daily shopper.  Going to the store to pick up something for dinner is a part of his daily routine that he really seems to enjoy.  His goal is to get out of the store and spend as little money as possible.  Mine is to stock up and go to the store as little as possible.  That often means that I spend $75 on things I may put away in the pantry for months.  It drives him crazy.
The two of us are examples of a changing paradigm.  I represent the "Just in Case" way of thinking.  If I need one of something, I'll buy two "just in case".  If I need two, I'll buy four.  I own a spare of just about everything...just in case.  The Just-in-Case paradigm is giving way quickly to the Just-in-Time way of thinking.  Just-in-Timers buy it as they need it.

Stores are shifting to the Just-in-Time inventory method.  It used to be that when a store ran out of an item, you could ask and some helpful stocker would go find some more in the back and bring it out.  That doesn't happen as often anymore.  Most grocery stores only carry a three-day inventory because it reduces spoilage and storage costs.  Now, they have to wait until they get another order which won't happen for a few days...under normal circumstances. 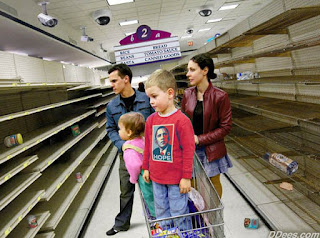 Just-in-Time thinking works as long as nothing disrupts the flow, but there a lot of things from Murphy's Law to Mother Nature to economic or political instability that can go wrong...and do.

The crisis in Venezuala should be a cautionary tale for all of us.  Here is one mother's story of trying to find enough food to feed her family

These were the three things that came to mind this morning, but there are bound to be other things that are so much a part of our daily lives that we've stopped noticing them.  Each of those is a potential weak point that can trip us up if we don't have a work-around plan in place.  What other things can you think of?  Tell us in the comments below and if you've devised a work-around plan for it, we'd love to hear about that too!
Posted by Lori Snyder at 7:00 AM

Email ThisBlogThis!Share to TwitterShare to FacebookShare to Pinterest
Labels: Survival