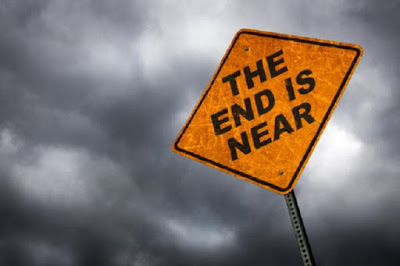 Unless you live in a cave, you've probably lived through the End of the World at least a few times, I know I have.  Events like 2012 and Y2K have come and gone and we're still here.  That's not to say the world, or at least the world as we know it, doesn't face a variety of very serious threats both natural and man-made.

I don't know when the world will end, but I do know that predicting it is big business and there are plenty of people making a fortune in the "Prepper" market.

"Prepper" has become a pejorative term and is used by the media to conjure images of camo-clad para-military types hunkered down in bunkers downing MRE's.  Now there is nothing wrong with camo, bunkers or MRE's (I like the bbq beef ones) but the stereotype includes a scent of wild-eyed paranoia that tars a whole cohort of Just in Case thinkers who have the forethought to "put up" what their family needs. By that definition, our Mamas' Mamas and everyone before them were preppers.

Preparedness is a higher order of Just in Case thinking.  Preparedness is having a Plan B...a work-around for something that we rely on that has stopped functioning; things like electricity, running water, sewage disposal, sources of food, etc.  Building up your pantry is a Preparedness activity as well as a great, money-saving way to provide healthy food for your family.

Being prepared doesn't make you a nut.  In fact, there have been and will continue to be so many times when the power grid fails  or the roads are closed or the flood waters rise, that not being prepared seems more nutty to me.

Each month we feature a Just in Case item that can help you with your work-arounds.  Some of the items are a little expensive, like a water purifier and solar generator, but they go a long way to making a hard situation much easier.  I plan some of the bigger purchases around tax time if I'm getting a refund (in years past, I've spent my tax refunds and had nothing at all to show for them) or I'll use my Rainy Day Fund.  If having a water purifier makes the difference between my family having water to drink or not - and it very well may.  When our power went out, our only source of water was the creek behind the house. For you it may be what's in your swimming pool or your toilet tank- I'm going to make it a priority.  I've spent far more on less important things.

Email ThisBlogThis!Share to TwitterShare to FacebookShare to Pinterest
Labels: Survival